In addition to trying to make not so terrible videos... I have finished 3 out of 30 games for the year. Its the end of January and by the numbers I have to finish 2.5/month. At the moment, I am shooting for 3 to 4/month to reach my goal.

My Dirty 30 Game List can be found on the Bongo's Bits Blog.

Never Alone:
Last week I finished Never Alone, a short story style game about a girl and her fox.
It was about 2.5 hours, but enjoyable nonetheless. The brevity was welcome as the gameplay for me was a little touchy at times. It is a platformer that has you switching between two characters to navigate through various landscapes and puzzles. It can also be played with two players with one controlling the main character and one controlling the fox.
Never Alone is almost half game, half educational device as it definitely went places that we rarely see in video games. The game explores legend and mythology of the Iñupiat, a native indigenous people based in Alaska. For a small piece, the visuals were quite good and the set pieces were pretty effective. The cut scenes were done on the small scale, but good at moving the story forward. While I was certainly caught off guard by some of the more intense and emotional moments I came away from this one feeling a bit more educated. The developers of Upper One Games with the Cook Inlet Tribal Council have built a great little experience in Never Alone.

INSIDE:
I can't say enough good things about Inside! I will stop writing this review here so that I don't spoil anything about it and so you can go play it. Like, right now.  Go!

Abzu:
Its a game where you swim with the fishes, and its awesome when you do. Also doubles as an ocean sized aquarium simulator. A 2 hour game that I have dropped 8 into, its that good. Go play it!!


#YOLG:
The Year of Living Gamegerously has gamers worldwide dipping into their backlog to finish the "games that got away." The "pile of shame" no longer has to be shameful as Living Gamegerously now allows us to celebrate games together in a fun community setting. The list of participants is growing as the word is spread by the Overseas Connection Podcast who recognizes all gamers who are participating and highlights those that make it to the credits at the end of their games.

If you have an ever growing catalog of games that you'd like to commit to finishing in a year you can follow the links to Bongo's page and get on your way to becoming a Yolger, #YOLG.
#yolg abzu bongo bongo's bits cook inlet tribal council dirty 30 dirty thirty gamegerously gaming inside inupiat never alone sloppy goals upper one games yolg

Popular posts from this blog 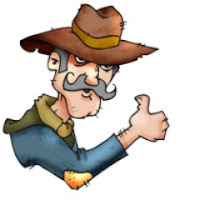 Welcome back! Sorry it's been a while. You'll be happy to know I brought a friend with me...
Read more

I got a couple matches in the other day, trying to get my stream testing in order. Sit back and enjoy the tunes and the goals.
Read more 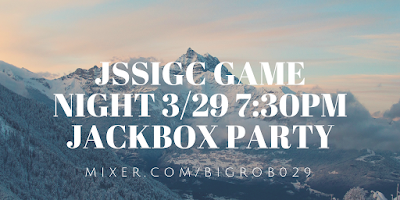 Well Hello There! Come Play with us, it's Easy!
Read more

I got a couple matches in the other day, trying to get my stream testing in order. Sit back and enjoy the tunes and the goals.
Read more